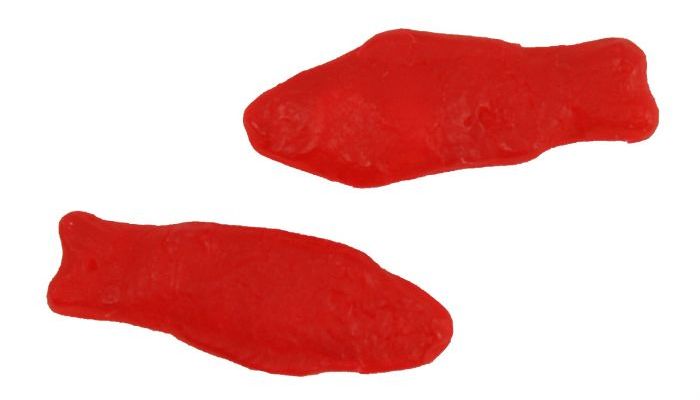 Rosh Hashanah is coming, and with it, an entire menu of culinary treats.  Apples and honey.  Those are obvious.  The challah is round—to symbolize a crown; and filled with raisins—for a sweet new year.

But there is more.  The Talmud recommends a number of foods to eat on Rosh Hashanah, such as beans, leeks, beets, and dates.  The Aramaic names for each of these foods form puns.

For example, rubia—”beans,”sounds like yirbu—”increase”, as in “May our merits increase.”

Karti—”leeks”—sounds like yikartu—”cut off”.  Silkei—”beets”—sounds like yistalku—”removed”.  Tamrei—”dates”—sounds like yitamu—”finished”.  All three of these can be eaten as if to say, “May our enemies be cut off, removed, or finished.”  Take your pick.  Or eat all three.

Other foods have been added to the list.  Rimon—”pomegranate”—”May our mitzvot be as numerous as the seeds in the pomegranate.”  It also happens to be symbolic of fertility, so interpret that as you will.

But the best food to eat on Rosh Hashanah—actually, this is debatable—is the head of a sheep or fish.  Rabbi Meir of Rothenberg would eat the head of a ram, to symbolize the ram that was sacrificed instead of Isaac, which we read about on the second day of Rosh Hashanah.

Does anybody here follow this custom?  In my house, we buy gummy fish, cut them in half, and eat just the head.

It is a strange expression, and it comes from this morning’s Torah portion.

In Parashat Ki Tavo, Moses describes a covenant ceremony that the Israelites will perform as soon as they cross over into the Promised Land, which they be doing without him.  As an entire nation, they renew their commitment to God.  During the ceremony, they recite a litany of blessings and curses which will befall the nation as a consequence of whether the people follow God’s commandments.

The blessings are what we might expect: Abundant rain in the right season.  Successful harvests.  Prosperity.  Victory against enemies.  The other nations of the earth will stand in awe of Israel.

Then, after these tangible blessings have been pronounced, there is one additional blessing that seems less specific.  Un’tanekha Adonai l’rosh v’lo l’zanav; v’hayita rak l’ma’alah v’lo tih’yeh l’mata.  “The Lord will make you the head, not the tail; you will always be at the top and never at the bottom…”  (Deut. 28:13)

The curses, beginning a few verses later, are the inverse of the blessings, and then some.  Included among the curses is the declaration that the stranger “…shall be the head and you shall be the tail.”  (28:44)

This is clearly where the Rosh Hashanah practice of eating the sheep or fish head comes from.  But what does it mean?

On its face, it seems fairly straightforward.  It is a metaphor for the economic and political success that Israel will experience if it behaves righteously.  Even today, we use the term “head” to refer to a leader, or the person at the top.  The “tail” is the follower. There is internal evidence in the Torah that the term refers specifically to being a creditor nation, rather than a debtor nation.

Mystical interpretations, however, identify hidden, spiritual meanings in the words of the Torah.  The Chassidic Rabbi Levi Yitzchak of Berditchev, author of the Torah commentary Kedushat Levi, suggests a deeper meaning.

He begins his commentary by asking why the Torah bothers to include the “tail” or the “bottom.”  Shouldn’t it have been enough to have said Un’tanekha Adonai l’rosh; v’hayita rak l’ma’alah—”The Lord will make you the head and you shall always be at the top”?  Adding “and not the tail,” and “never at the bottom” is superfluous.  And the Torah never wastes ink. Here is the hidden meaning.  Please bear with me.  This is kind of esoteric.

I see a creature moving.  It has four legs, fur, and pointy ears.  It makes a noise.  My mind tells me, “this is a dog.”

After I have translated my abstract thoughts into language, I can then act.  I can manipulate the physical world around me.

We operate in all three domains at all times.

The mystic sees the first domain, that of abstract thought, as the highest.  The essence of God lies somewhere beyond, but it is the closest a human being can become to God’s domain.  In Kabbalah, God’s essence is described as the Ein Sof, which literally means, “there is no end.”  Or, it cannot be defined.  God is completely abstract.  No word will capture God’s essence. The ultimate goal of the mystic is to attach oneself to God.  This can only be accomplished through the first domain, that of abstract thought.

Now we come back to the head and the tail, the top and the bottom.  Each of the three domains has a head and a tail.  A person who ascends to the head of a lower domain touches upon the tail of the next higher domain.  This is how Levi Yitzchak understands the Torah’s language of head and tail, top and bottom. When the Jewish people is at its best, it approaches the head of the highest domain, abstract thought, and is closest to God.

Let’s bring this back down to earth.  Through our actions, our speech, and our thought, each of us has the capacity to be better.  Actions, speech and thought are related.  As we improve one, we begin to improve the next.

I work on my physical actions with the world around me: How I treat people, how I earn and spend my money, how I express compassion.  When I achieve success with my actions, it then leads to my speech.

My spiritual health is also about the words that come out of my mouth.  Controlling speech can be even more difficult than controlling behavior.  How hard is it to not gossip: to use language that builds people up rather than puts people down; to only read words online that make me grow?

When I purify my speech, that is when I can begin to purify my thoughts.

Moses describes the ultimate spiritual blessing:  “The Lord will make you the head, not the tail; you will always be at the top and never at the bottom…”  When the Israelites fulfill their covenantal obligations, they will achieve the closest possible relationship with God. Rabbi Levi says that this is not only a lesson for the nation, but for each of us.

As we approach the new year, we are taking stock.  It might be helpful to understand ourselves as being comprised of these three domains of thought, speech, and action.  The religious goal, indeed the human goal, is to improve on all three.

At the Rosh Hashanah meal, whether we eat a sheep’s head, a ram’s head, a salmon head, or a Swedish Fish head, may it symbolize for us that the year to come will be one in which we are the head, not the tail, and always at the top, never the bottom.”